This week our French Friday recipe is, Caramel Almond Custard Tart, a classic French custard tart with some delicious tweaks from Dorie!   She tells us that, while she was making a nut tart she decided to play around with the filling, and came up with this marvelous tasting caramel version!
Dorie’s tweak has given this a rich, deep caramel flavor! A true winner!!
Since my hubby is still watching his weight, I decided to make only two mini tarts!  However, I did not cut the custard in half. I was worried I would not have enough to fill the tarts if I halved it.  I just baked the leftover in custard cups. 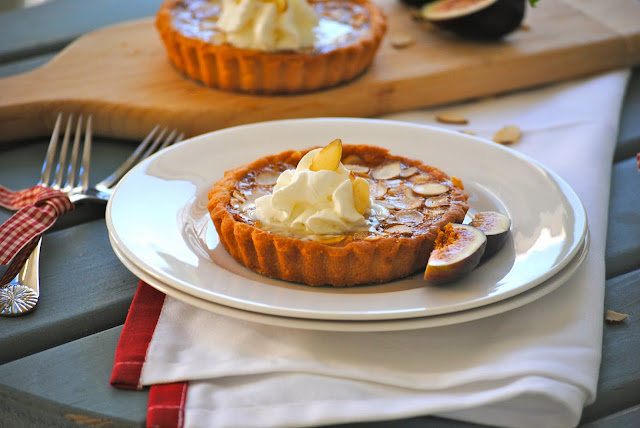 I made my crust early in the day.  The tart crust was quite easy to put together.  The recipe calls for making it in a food processor. Since I’m still in Florida, and there is no food processor in the house, I made mine the old fashioned way, by hand!  I used a pastry blender to cut in the butter and added two tablespoons of cream along with the egg yolk because, I felt this recipe needed a bit more moisture. I then kneaded the dough until it came together. The dough rolled out beautifully and had a great texture.  You could add a whole egg instead of the cream, if you like.

The custard consists of a simple caramel made of sugar, water, and cream.  It came together perfectly. To the caramel you add a mixture of eggs, sugar and milk. Cook until the mixture comes to a boil and melds together.
Now for the tart assembly.  Sprinkle toasted sliced almonds on the partially baked crusts, then pour in the custard to fill.  I baked mine about 25 minutes.
I think these tarts were a prelude to Thanksgiving.  They were just plain delicious! We enjoyed ours on the porch, in the early evening as the sun began to set on the Gulf of Mexico!  Beautiful!! Happy Friday everyone! 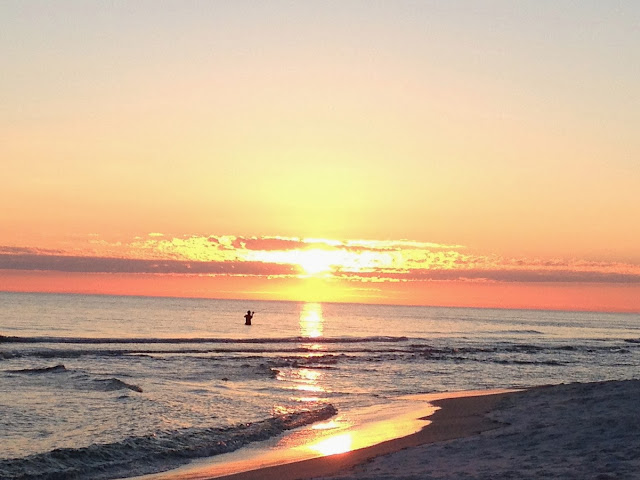